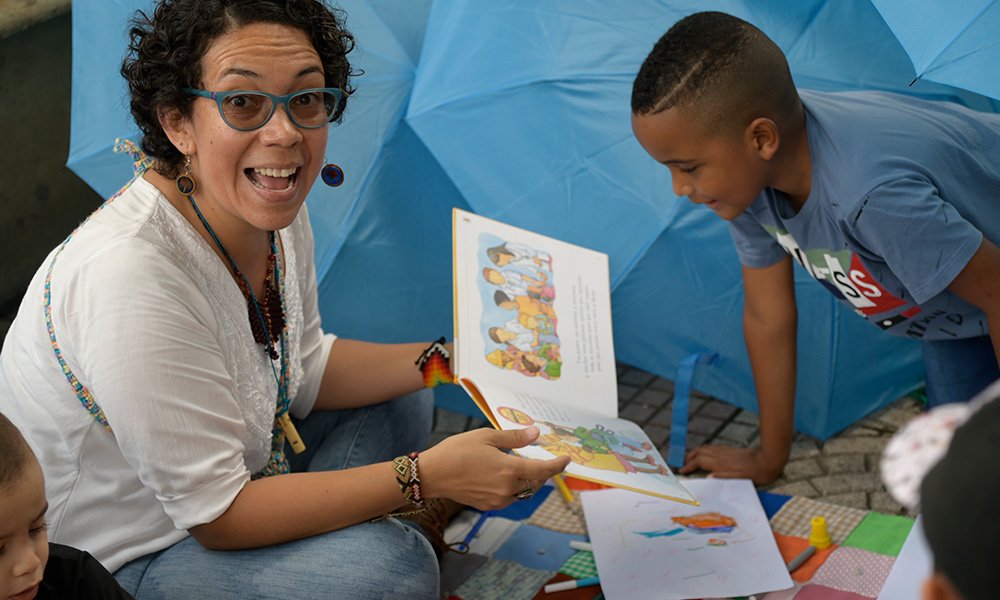 This April, we marked the second annual Blue Umbrella Day. Through activities in 15 countries, the day raised awareness of how to better care for boys and protect them from sexual violence.

Why we created Blue Umbrella Day

We believe that all children, regardless of their gender, have the right to a life without experiencing sexual violence and we work in many countries to make this a reality. Because boys have long been neglected in this area, we created Blue Umbrella Day to draw additional focus to the problem.

Boys have specific needs in relation to sexual violence support. For example, because of reasons such as stigma, boys affected by sexual violence are far less likely than girls to ask for help. In many contexts and cultures, sexual violence affecting boys is a topic that is not understood or discussed, leading to a lack of services and support to both prevent it and respond to its effects. This is despite the fact that all children affected by sexual violence have an increased risk of being negatively impacted physically and mentally and of developing problems in future relationships, whatever their gender.

We don’t believe in a one-size-fits-all approach to making change happen, because each country has its own context and requires different tactics. With this in mind, our local teams have developed their own strategies to draw attention to sexual violence.

As a result, Blue Umbrella Day 2022 was full of diversity – just like our local teams themselves! In India, for example, Rita and her team set up Bollywood-inspired dance and street plays to bring the issue to life. In the Philippines, Zeny and her colleagues set up stalls in public spaces, handing out information and getting people to sign their name against a ‘social contract’ for change. In Zimbabwe, Blessing and his team converted a truck into a mobile stage, which then travelled through towns spreading Blue Umbrella Day messages and acting as a focal point for conversations. And in many other countries, we were in the press, on television, on the radio, running webinars and holding street rallies to raise awareness about better protection measures for boys.

In total, over 5,000 people engaged with Blue Umbrella Day’s live events this year, and we reached over 75,000 more via social media. Not only has ​​the campaign generated awareness, but we found people were so passionate about the cause that they’ve offered to volunteer for future events – assuring it will be bigger and better in years to come.

Through our campaigns like Blue Umbrella Day, we’re working to ensure that children are better protected both now and in the future. We thank you for making it possible, and are already excited about what next year’s campaign will bring!

Changing attitudes to sexual violence affecting boys in the Philippines