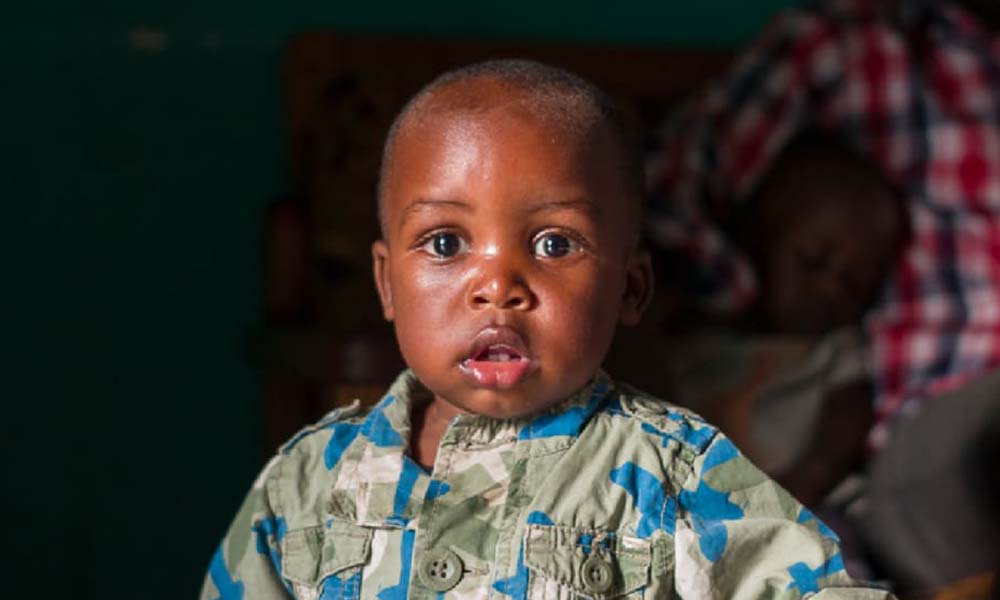 When families are living in poverty, every day is a fight for survival. Finding just the basics of food and shelter is a battle, and the children are always the most vulnerable. For some, the fight is just too much and some mothers feel their only option is to abandon their baby. At times like this, it’s essential that the baby is found a loving family as soon as possible.

When Patrick and his wife Sonia got the call from our member in Rwanda, they knew that they had to get to the hospital fast. A baby had been found near the border with the Democratic Republic of Congo. He was malnourished and too young to consume solid food. Sonia had recently given birth to their daughter Claudine, so she could feed the abandoned baby and her daughter.

They agreed to foster the baby and named him Olivier. Patrick says “he seemed to know that he had been abandoned. He wouldn’t eat or drink. At first, he would only bond with me, but soon he built a bond with Sonia, my wife.” When he was a child, both of Patrick’s parents died. Left alone in the world, he was sent to live with relatives. Life was tricky to begin with, but over time the family grew stronger. Patrick says “they [my relatives] helped me become a chef by paying for me to study.”

“This experience made me feel that I have to help others too, especially children. I always wanted children of my own, but I knew I would foster children too,” says Patrick.

When he was just 28 years old, after working hard to build himself a stable and successful life, he fostered two children. Even though it was challenging, Patrick was inspired to do more. He says, “it was my ambition.”

After marrying Sonia, the two became involved in the foster care programme run by our member in Rwanda, Uyisenga Ni Imanzi. With training and ongoing support, the couple felt ready to foster their first child together. Just five months later they received the phone call that took them to little Olivier.

Uyisenga Ni Imanzi’s foster care programme has been supported through their membership of Family. Working alongside other members and sharing their expertise has meant the parents they work with receive the best support, ensuring the children in their care can thrive. Olivier may be less than a year old, but Patrick knows that his future is bright. And he has aspirations that Olivier too will go on to have an impact on the lives of future generations.

“I imagine him growing up and getting married. I’ll ensure he gets a good education as I’d like him to become a doctor specialising in children’s medicine.”
– Patrick

Nadia rebuilds her life after a shipwreck