Evelyn and Daniel move past abuse

»  » Evelyn and Daniel move past abuse 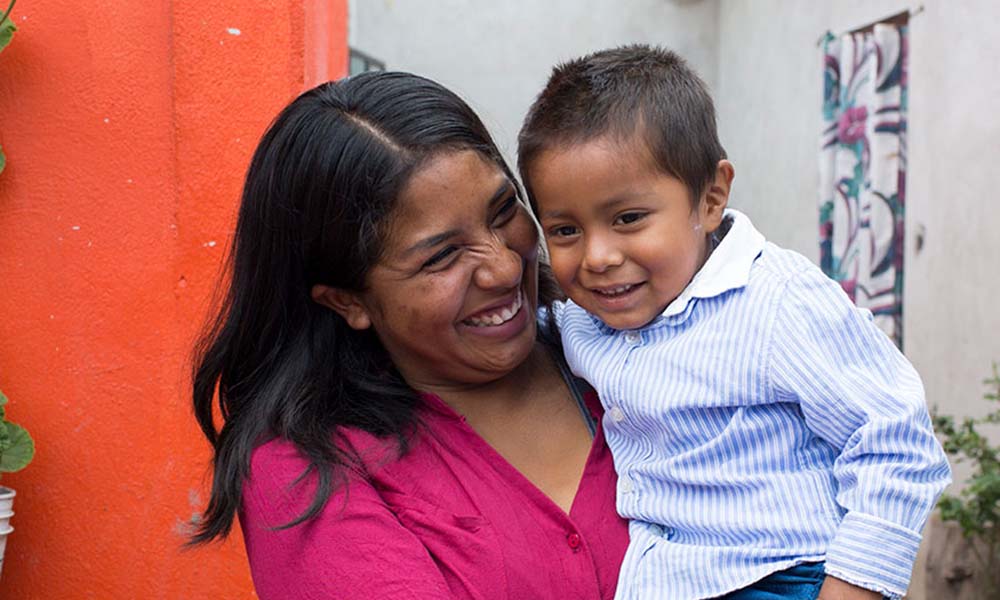 Daniel* was only two years old when his mother, Evelyn*, first noticed sexualised behaviour that was inappropriate for his young age.

Daniel* was only two years old when his mother, Evelyn*, first noticed sexualised behaviour that was inappropriate for his young age.

“Children are curious at that age,” said those around her. But Evelyn knew, deep down, that her son’s behaviour wasn’t normal.

Evelyn and Daniel’s father were divorced, and she was bringing him up herself; although Daniel did have regular contact with his father. She chose to keep an eye on his unusual behaviour, determined to give her son the best start in life.

As he began to speak more and more, Evelyn noticed that he was using sexual words and phrases that he could not have heard at home. And, one day, he told her where he was learning them.

What Daniel was saying, in combination with the way he was behaving, gave his mother enough cause for concern that she decided to take it further. Evelyn took her son for support from the Guatemalan public health service, and reported his father for potential sexual abuse.

A physical health examination was carried out. Evelyn’s fears were confirmed.

There was evidence that Daniel had been sexually abused.

But the Guatemalan legal system didn’t make it easy for justice to be served. Daniel’s needs – those of a three-year old boy – were not properly taken into account; and the collection of his testimony was too much pressure for him. At the first hearing, he started crying, threw himself on the floor and screaming that ‘his tummy hurt a lot’. A second date was arranged, but on the way to it Daniel started to vomit violently in the taxi. Putting his health first, Evelyn decided to take him to the doctor instead.

Without the testimony of this pre-school boy, who felt unable to give it in court, the case was dismissed. A two-year-long legal battle had led to nothing.

Despite the crushing disappointment of the legal process, Evelyn was committed to supporting Daniel to overcome the trauma he had experienced as a toddler. At five years old, he was referred to us.

Our team in Guatemala were ready to help the family to recover from their trauma. Even though the legal process did not give them the outcome they hoped for, there was still an opportunity to give Daniel and Evelyn the support they needed for a happier, healthier future.

We began a long journey of working with the family as they walked towards recovery. And there was much to be done.

By the time Daniel arrived at our support service, further troubling behaviours had developed. He was impulsive and aggressive, challenged authority, displayed a lack of trust to others, and became anxious when separated from his mother. He also expressed that he was scared of being rejected by others.

And the experienced had scarred Evelyn too. She was terrified that Daniel could still be at risk of something like this happening again. His father was still out there, and there was no legal protection to stop him seeing him. Scared that Daniel was still too young to defend himself, she had become overprotective. In some circumstances, her anxiety for his well-being tipped into aggressive punishment when he overstepped the line. She had also found a new partner, but prevented him from developing a close relationship with Daniel for fear of what might happen.

Tools to build a better future

Over two years, we worked with Daniel, Evelyn and her partner to give them the tools they needed to move on from their past.

Our extensive experience in cases like this meant that they were able to identify interventions that would help. They worked with the family on knowing their rights as parents and as children, how to communicate positively, how to avoid potentially harmful situations, and how to rebuild trust.

After two years of close psychosocial work and therapy, Daniel and Evelyn were deemed ready to end their time in treatment. As the case was dismissed, they never got the legal resolution they wanted – but they now had the tools they needed to care for each other better than ever before, as a family.

More to be done

Daniel and Evelyn gained new ways to move on positively following their experience, but cases like this show us just how much we still need to improve.

It took three years from the moment Evelyn reported the abuse to Daniel getting access to psychosocial support to help him recover.

The reliance on testimony from a pre-school child, without changes to the way in which that testimony is gathered, is both traumatic for the child and detrimental to our quest for justice.

And, whilst Daniel and Evelyn’s situation eventually improved; we know that there is a severe lack of services that are set up to help boys who are recovering from sexual abuse – meaning most never receive the treatment that could help them.

Our locally-led team is committed to supporting more children in Guatemala – and around the world – to get the support they need to overcome the effects of trauma.

That’s why they are supporting our United For Boys Charter.

The United For Boys Charter is a set of six evidence-based commitments to change, developed by Family for Every Child with member organisations just like them.

As an organisation leading our global campaign, our team in Guatemala can access the tools they need to get other organisations on-board. Once they sign up, these organisations in turn have the opportunity to become part of a global network of signatories, with access to learning materials and bespoke support that can help them to make the system-wide changes we need to help more families like Daniel and Evelyn.

*Names have been changed and stock photographs have been used to protect identities.