In the mid-nineties, Krishna Thapa was the driving force behind bringing the first ever cases of sexual abuse and exploitation of boys to court in his home country of Nepal. He was so shocked by the experience that he’s dedicated his career since to improving the situation; as Founder and CEO of the local organisation Voice of Children. Here he talks about what they have been able to change since – and why he’s signing up to the United For Boys Charter for a brighter future.

In 1994 and 1995 I worked as a tutor for children who were living on the streets. It was a rewarding way to spend my time, and I was able to build great relationships with many of them.

These children were vulnerable. They didn’t have the protection of a family, or – in most circumstances – any kind of adult care at all.

As their tutor, I developed relationships with them based on trust. I was there to help them, and that meant listening to what they had to say. But I wasn’t expecting to hear what they told me.

Shelters existed in Kathmandu to give somewhere for these children to sleep overnight. Many students of mine would stay in them. But, unfortunately, all was not as it seemed. I learned from my students that staff in these shelters, which were supposed to be safe spaces, were actually sexually abusing the very boys who had come to them for help. The same was also happening in a local health clinic.

The trauma these boys were experiencing with palpable. I decided that I couldn’t ignore this problem, and that I would do what I could to help. With the support of the children, I was able to identify over fifteen men who were engaged in paedophilia in the city. With the boys’ permission, I registered a series of legal cases against these men – who were from the UK, Ireland, Holland, France, Germany and Nepal. 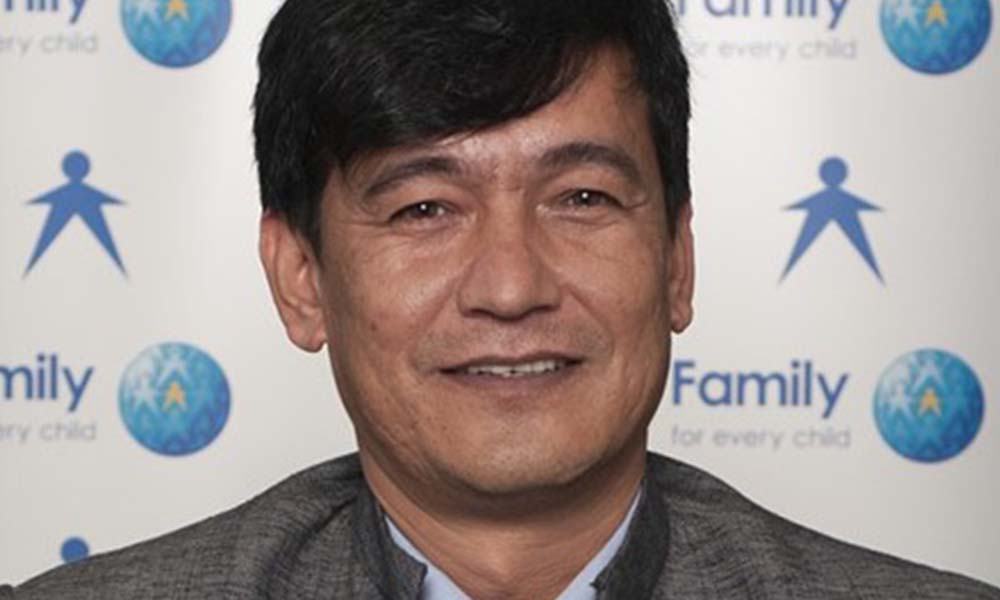 These boys had trusted me with their story, and I had no doubt that they were telling the truth. Unfortunately, others did. Back then, most of Nepali society had no concept that boys could be abused by men. Rather than a response based on compassion and listening, the boys and myself suffered disbelief, hostility, threats, physical attacks, verbal attacks, and even kidnapping. It was such a taboo that people would rather live in ignorance, rather than tackling it with potential solutions.

The legal situation was tough, too. In the beginning, the police wouldn’t even register the charges we were making. To make things even more complicated, there was no law against sexual abuse of boys. In the end we pressed for a case to be taken forward under the Public Offences Act; but due to the lack of legal clarity and hostility faced by the victims the case was eventually dropped and the accused were released. Where the children did have families, the families were pressing for us to drop the case because of the stigma it was creating for them in society.

But, with the support of the children, I didn’t give up. We weren’t able to prosecute all of the accused, but several of them were charged – albeit several years later.

These cases were what initially drove me to create Voice of Children. The lack of legal provision, the systemic failure to support boys and the societal stigma all needed to change. For the two decades since, we’ve been striving to make this happen with a mix of advocacy, training, treatment for survivors of abuse and more. We’ve also advised government, and now laws are in place that better reflect the reality of what needs to be done.

That said, we still come across prejudice and preconceptions around sexual abuse of boys every day. That’s why we’re excited to be involved in the production of the United For Boys Charter. It’s five commitments are a direct result of the research we’ve been doing in the field, and what we’ve learnt. And because it focuses on many different parts of the system – including education, legal process, recovery services and more – it will help us to clearly spell out the change that we know are so sorely needed at all levels of society.

We’ll be working with our network of contacts here in Nepal to help them to sign up. Not only will this help showcase their commitment and bring this issue out of the shadows, but we’ll then help them to implement it by sharing the resources we’ve produced as part of Family for Every Child. And as we’re well-experienced in this area, we’re confident that we’ve got lots of valuable learning to share with other signatories around the world too. Being part of a global network, we’re stronger together. Hopefully we’ll create a future in which no child is re-victimised just because they’ve been a victim of abuse; one in which they can find the justice they deserve.

How Lora is providing hope to refugee children in Greece

How Rita is supporting street children in India