Supporting Elizabeth’s family to stay together

»  » Supporting Elizabeth’s family to stay together 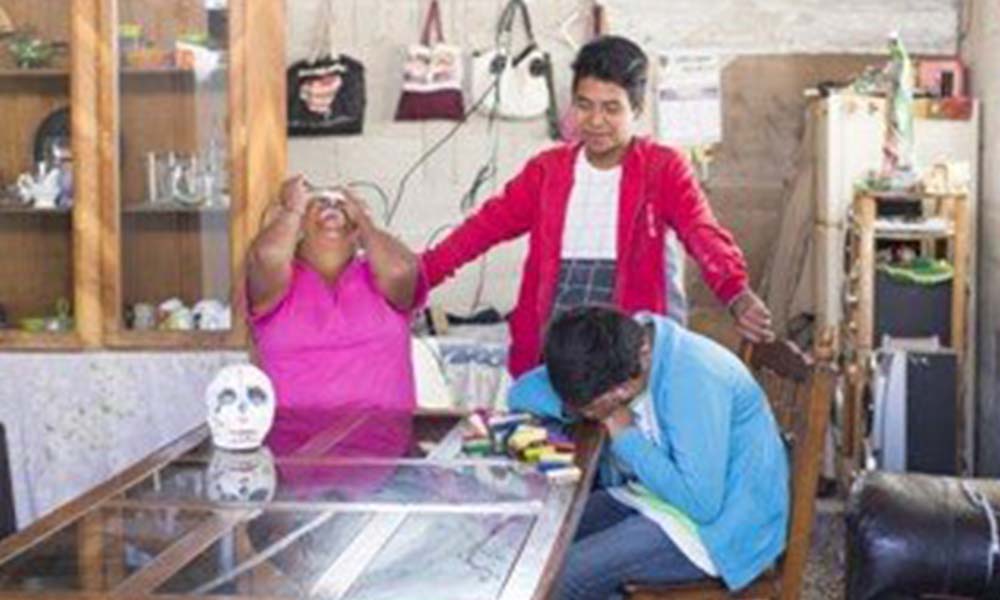 Elizabeth* first came to the attention of JUCONI working on the streets of Mexico with her teenage son Andrew*. The pair would dress up as clowns, performing their routine on city buses to an unwitting audience of commuters. It was hard work, and it didn’t pay well. The stress of trying to find enough money to look after the family was often too much for Elizabeth to bear, and she began to take her anger and frustration out on her kids.

After coming to the attention of JUCONI, the family were supported into family therapy sessions – something Elizabeth describes as important in helping her learn how to express and control her feelings. She had come from an abusive family herself, a pattern of learned behaviour and a cycle of abuse that up until this stage, had looked set to continue. But with each session, she was able to learn a bit more about how to manage this, and with each session, the family was able to move further forward.

“JUCONI gave us the confidence to trust ourselves. They taught us that everyone has their own value in the family. I felt as a mother that I was nothing, that I had no value. Now I know that I have a lot to give as a woman,” she said.

The family was also supported to move to a safer area that was closer to school. With the pressure also removed from having to work, Andrew is now free to focus on his education. He describes feeling happier now, and that the family are able to better communicate with each other. It’s a sentiment echoed by his little sister who feels “we are more like a family now.”

In order to help prevent family separation, it’s important to strengthen families so they can provide a safe home for their children.

*Names have been changed