Years of war, famine, poverty, and gender inequality have led to difficult conditions in Ethiopia, conditions that have led to them having one of the world’s highest rates of human trafficking. Adults and children are trafficked both throughout the country and across borders, often to become one of the 600,000 Ethiopians living in modern slavery. Family for Every Child member Yared, along with his team, work day-in, day-out in Ethiopia to stop trafficking from happening – and by doing so, help children like Tariku.

Tariku was a 15 year old child when he was exposed to the dangers of human trafficking. He grew up in poverty in a small town in the south of the country, and his family did not have the economic means to pay for his education or to meet his basic needs. At this point – unsure of his future – he was approached by a child trafficker who convinced him that he would have a better life ahead of him if he went with him to find work.

Children in Ethiopia can be tempted to undertake these dangerous journeys by child traffickers, who know just what to say. Like Tariku, children may be fleeing economic issues such as poverty or unemployment; or it may be other causes such as escaping child abuse or family breakdown.

Trafficked children not only miss out on basic rights such as healthcare and education, they are at heightened risk of being robbed or sexually assaulted along their journey by traffickers, border officers or others.

The person who trafficked Tariku took him to Addis Ababa, Ethiopia’s capital, where he had been promised work. Although we can’t know what the trafficker had in store for him, many children who are trafficked are not taken to the better life they are promised.

Yared and his team work in Ethiopia to help children like Tariku. Here, we have set up a number of anti-trafficking projects that are designed specifically to work in their local context, stopping traffickers in their tracks. As Ethiopians themselves, the local action led by Yared and his team means they have built valuable community links that make the projects really work.

One such project is our community counter-trafficking network. Here, Yared and his team have set up committees are made up by people who work in and around public transport hubs, who have the potential to come in contact with children who are being trafficked. They include bus drivers, bus owners, job recruitment agencies, hotel receptionists and others. The committees are given the tools they need to spot children who may be being trafficked, to explore more deeply where they have suspicions, and to intervene in order to help them reach safety.

Tariku is just one of the many children helped by our committees. After spotting the signs that he could be in danger, the committee were able to intercept his journey, get him away from the trafficker, and provide support to get him back home.

Although Tariku’s family situation meant that he did not want to go back home; but staying alone in Addis Ababa without support would put him in a vulnerable situation. To help him get back on his feet, Yared and his team provided Tariku with business skills training and start-up capital for a micro-business. Now looking towards the future, Tariku has regular work and has even saved money in his savings account – without being exploited by traffickers for their own profits.

“This is a new day and a new beginning. Thank you to the anti-trafficking committee for helping me live my dream.” 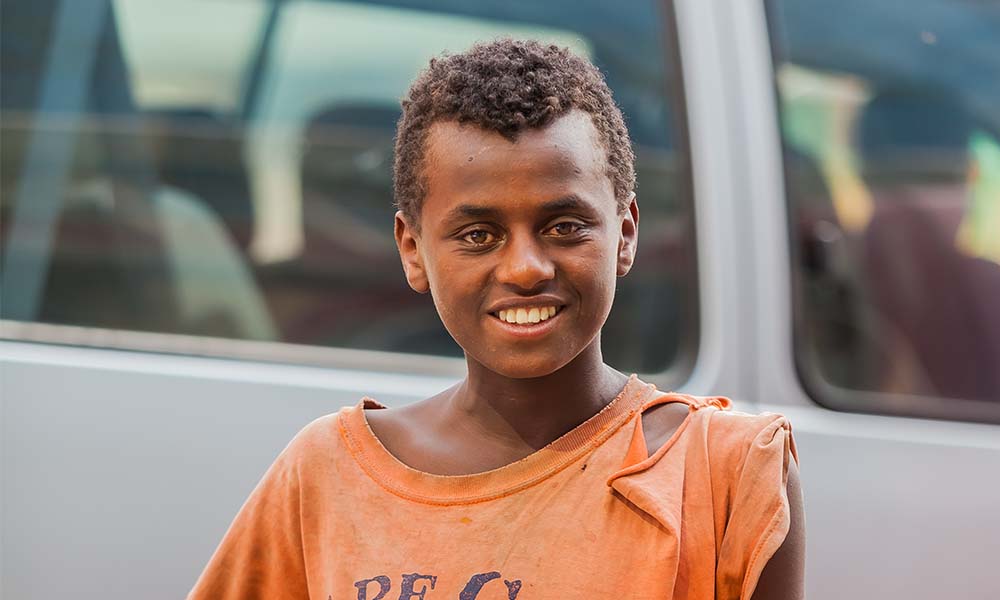