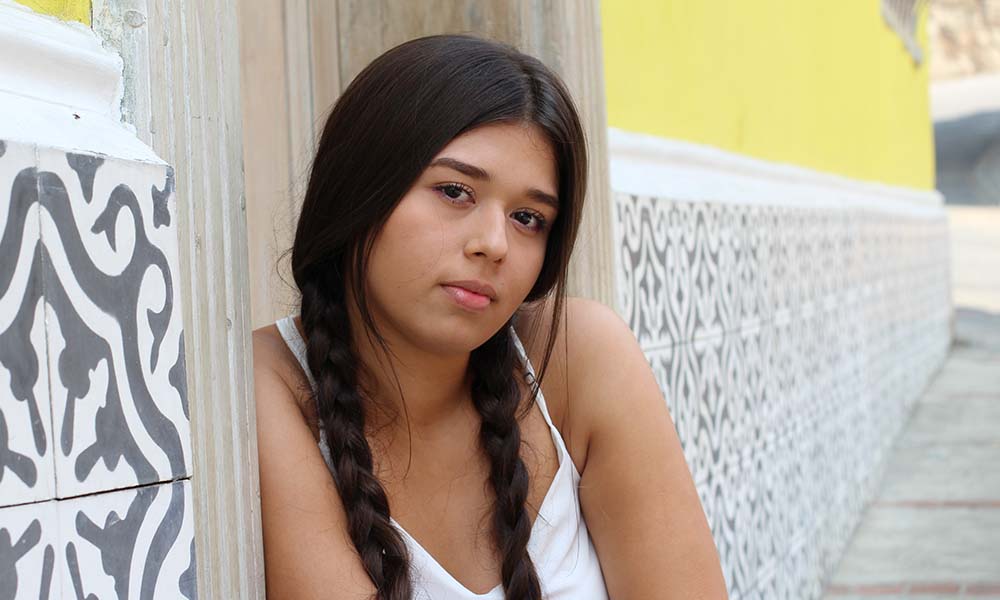 From an early age, Valeria’s life was full of danger. Facing a difficult situation at home, she ran away and joined an armed group in the Colombian jungle at just 13 years of age. After years of hard work, and after witnessing her boyfriend being killed, she escaped. Now, Family member Taller de Vida has finally restored her hope for the future.

Valeria grew up with her mother, who raised her alone until she was a young teen. Because her mum worked long hours, she often left Valeria with neighbours and other people she knew. At just 8 years old she was sexually abused by one of these neighbours in charge of her care, and at 13 years old, when her mother found a new partner, he abused her too.

Vulnerable and desperate, Valeria ran away from home. She had nowhere to go, so started living on the streets. But this simply swapped one terrible situation for another.

“On the streets, I started taking drugs and doing other things.”

Shortly after was recruited into an armed guerilla group that was fighting the Colombian government from the jungle. She went willingly, believing that this group would look after her.

Valeria found a boyfriend whilst in the armed group. She felt happy. But tragedy struck.

“He was my partner. He protected me. But they killed him.”

Her next boyfriend fell ill with a tropical disease. Because the group did not have the resources to cure him, they decided to escape.

All this happened before she was 15 years old – still a child.

When she left the armed group she and her boyfriend turned themselves in to the Colombian military. This kick-started a chain of events that led her to a government-appointed host family that would look after her until she was ready move back into mainstream society, and eventually to Family member Taller de Vida’s ‘Proyecto Bambú’ reintegration programme.

The Bambú programme gave her an opportunity to locate and reconnect with her family, but under supervision to ensure that the reintegration went successfully.

It took several years for Valeria to start living again with her family. Throughout this time, they were all provided with psychosocial support from the programme, which was designed to help her deal with her feelings appropriately and to get the family ready for her return.

She was 17 years old. Valeria missed the chance at a loving and caring adolescence with her family, but the support she received from Taller de Vida meant that she now lives with them again. Her mother’s ex-partner is no longer around, and she feels part of a loving family for the first time in her life. Following her support from Taller de Vida, she’s now building a brighter future for herself.

“Things have changed. I contribute to the house and help out. Sometimes difficulties come up, but I will never go back to the streets or to an armed group. I’ll keep striving, at my family’s side, studying and learning for a career.”

Sopheak gets help to overcome trauma